We're proud to call Bristol our home. Here are 20 interesting facts that you may not have known about the city.

1. Bristol is the world’s biggest manufacturer of hot air balloons
The hot air balloon is a classic symbol of Bristol. Cameron Balloons in Bedminster makes the most hot balloons out of anyone in the world. Bristol even has its own festival to celebrate them.

2. Ribena was invented in Long Ashton
Ribena, the popular blackcurrant flavoured soft drink, was invented by a University of Bristol scientist in 1933 at the National Fruit and Cider Institute, and quickly gained popularity during the war as an alternative source of vitamin C.

3. Home of pirate Blackbeard
Legendary pirate Blackbeard,(otherwise known as Edward Teach), called Bristol his home. He had a hideout in Redcliffe caves and the home of his birth still stands on the harbourside.

5. Bristol Zoo is the 5th oldest zoo in the world
The Zoo has been open since 1836 and has been home to many Bristol favourites over the years.

6. JK Rowling was born in Yate
She eventually moved to Winterbourne where her neighbours had the surname ‘Potter’. Many of the Harry Potter characters names are inspired by places in the West Country.

7. Bristol has its own currency
Bristolians are notorious for wanting to do things our own way, and in 2012 the Bristol Pound was launched. Designed to keep money in the local economy, it’s enjoyed a roaring success in keeping trade local since then.

8. Lead shot was invented in Bristol
From 1782 way up until the 1980s Bristol used to produce lead shot, for use in muskets.

10. The chocolate easter egg was invented in Bristol
Along with inventing the first solid chocolate bar in 1847, Bristol chocolate company Fry’s created the first ever chocolate Easter Egg in 1873.

11. The concorde originate in Bristol
The world’s first commercial supersonic jet was designed and built in Filton, April 9, 1969, and had its last official flight touching down at Heathrow in 2003.

12. Bristol was the UK's first cycling city
In 2008 Bristol was named the UK’s First Cycling City by the Government, when the city was rewarded over £10m to create more bike lanes and better facilities.

13. The HMV dog is from Bristol
Nipper the dog was born in Bristol in 1884 and served as the model for a painting by Francis Barraud titled ‘His Master’s Voice’.

15. IMDb was created in Bristol
IMDb was created by a man called Colin Needham, who ran the site from his home in Stoke Gifford. He sold the site to Amazon in 1998 but he's still heading it up (now from offices at Castlemead).

17. A Bristolian invented blankets.
Legend has it that Bristolian wool merchant Edward Blanket invented the humble blanket. The trader is buried alongside his wife in St Stephen’s Church on Colston Avenue.

18. Bristol used to have its own timezone
Up until 1840, Bristol’s clocks ran 10 minutes behind the ones in London. It was only the introduction of train travel that meant all time had to become standardised.

19. Darth Vader is a Bristolian
David Prowse was an English bodybuilder and actor best known as portraying the physical form of Darth Vader in the original Star Wars trilogy. 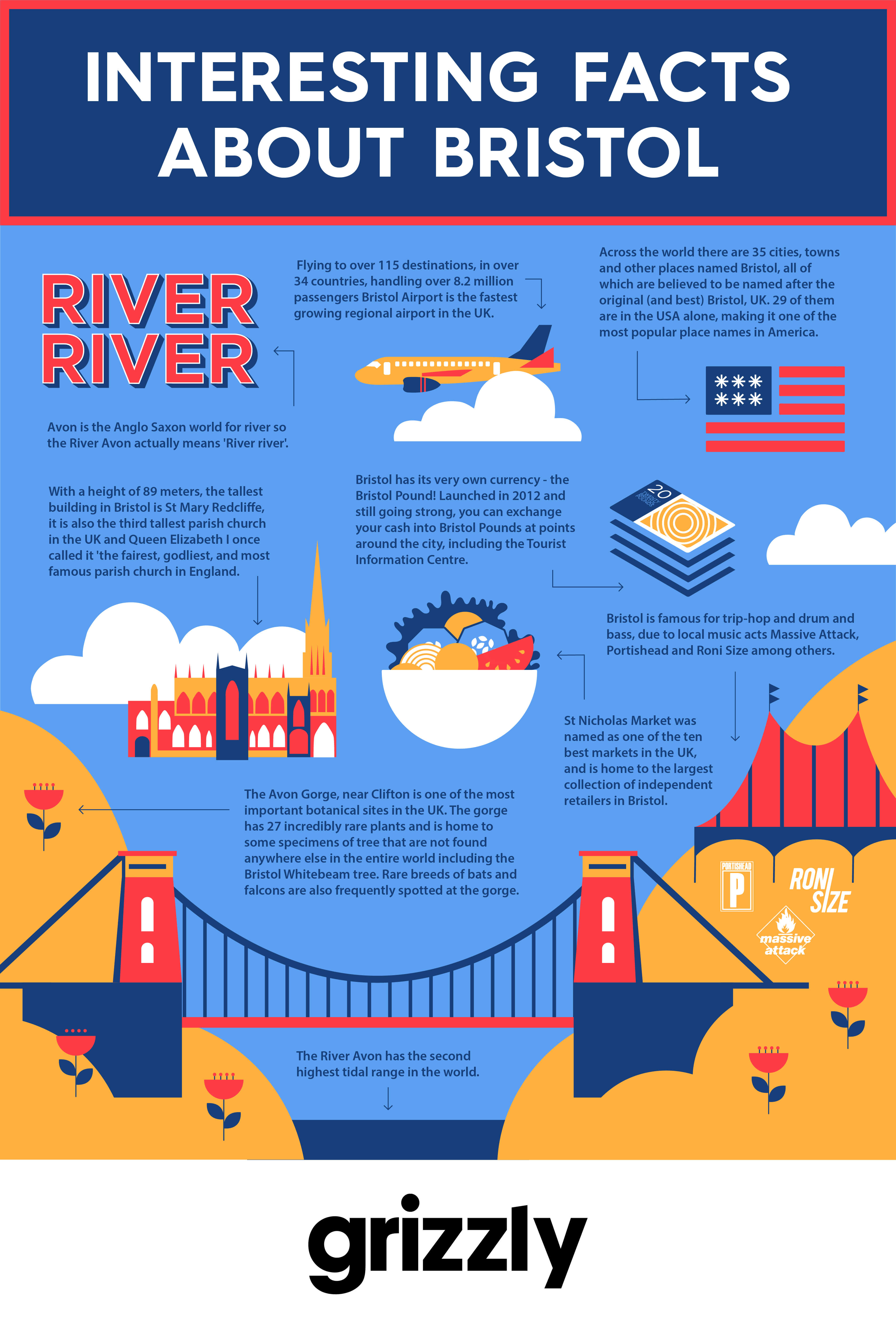